On Saturday October 4th, I ran the Collingwood Half Marathon www.runcollingwood.ca in support of their charity The Collingwood General and Marine Hospital Foundation.

The event was well organized, well marshaled and professional in every way, especially considering this was their second year.

I left the house at 7am sharp, running bag/shoes in the trunk, shorts and sandals on and coffee in hand.  It was 9 degrees out, I had the heat cranked and had that uneasy anticipation feeling heading along Hwy 26.

Around Stayner the rain started to pour.  Around Stayner +30 seconds I started thinking ‘what the hell am I doing?’  It occurred to me that I was driving an hour, early in the morning, to run a race I didn’t know a single person in to hopefully run a time only I give a crap about.

By Collingwood the rain had let up and was replaced by a light breeze.

Standing at the start line with 201 other runners I started to question the short sleeves.  It was cold.  I knew damn well that my extra weight and physical conditioning level will generate more than enough heat shortly after start.  However, the long-sleeve people were everywhere and some people had garbage bags on … not a bad idea as long as you take them off before the race starts.

Starting at Bygone Farms outside of town, the race meandered into and through some residential areas.  I felt good knowing that I was going out a little quick and tried to hold back a bit.  The first 5km of a half marathon are probably the easiest 5km I run.  The anticipation, the energy, being rested … holding back.  The fifth km goes through the mainstreet/downtown strip which was nice.

It was during this part that a garbage-bag-wearer finally had enough.  If you have ever seen a large man trying to get out of a garbage bag while running down the street then you know the treat it was.  It was kind of like watching someone trying to get out of a straight jacket except they don’t realize they can just rip it.  At one point it looked like he gave up and decided to just wear it.  I am not certain what he did in the end.  I was concerned he may pass out on the side of the road but soon realized it wasn’t garbage day so he would be fine.

The next 4km wandered through some residential and commercial areas making our way back out of town.  Highlights include passing The Legion (which always tempts me) and passing a garage business of some sort where 2 people seemed to find us amusing while they stood by smoking.  I used to smoke.  Seeing people running a half marathon didn’t make me want to stand in an open door and smoke.  Just kind of funny to me.

There were two fit looking guys I followed for about 20 minutes, one wearing this tight Under Armor Superman shirt.  I remember seeing it in a Sportchek ad a few months back and liked it but then realized I would like an almost exploding Bratwurst in that shirt.  I passed him and his buddy and felt good about it.

By this time I had already smugly watched 10 people ditching their warm clothing.  Some right away and some later.  Some handing them to volunteers, some hanging on posts/fences and other stashing them in trees and bushes.

Around 9km the route has left town and turns onto a straight road for around 8km.  It’s also around here that you realize when the website said “water approx. every 3km” it meant 4km between 6km and 10km.  I then started regretting not checking the route map as these little 3km water breaks are all you’ve got to look forward to with 12km to go.

The next 8km started flat and then begin an uphill climb.  A headwind was constant for much of this section.  I have yet to run feeling “gee the wind is sure at my back today” but turn around and face it and its effect is without question.

I vaguely remember the race website describing this section as ‘beautiful fall colours and country setting’ which was true but I tend to go to a darker place during this middle stretch.  Some people may watch the scenery, some may check the watch and monitor their pace but for me I spend a lot of time staring at the ground and letting my mind wander.  Legs on autopilot and mind on space-exploration/day-dream-land.

“Superman” powered by me around 12km or so.  I started wondering if he was pacing better than me and I went out too fast and now am slowing too much.  ‘Run your own race’ I told myself.
The last 8km could be summarized as 4km up and 4km down.  The 16km and 17km hurt.  Climbing to the 16km water station I was leveraging the deal I made with myself that whether it killed me I wasn't walking on this the biggest hill.  These are the times we make mental trade-offs.  My inner voice is saying “you are only marginally running faster than you walk … just take a break”.  But I didn't.

I must have looked shocking as one of the volunteers on a bicycle burst out laughing when she looked at me approach.  I am thankful I was not in a position to verbalize the thoughts I had.  Honestly, maybe she was just told a joke or something but regardless, it was not a welcome reaction.  If you run the 16km with me … go ahead and laugh … if you take a bike and a Starbucks you can kiss my ass.

I have read other runners talk about the “pain box” or concept of feeling the pain, harnessing it and compartmentalizing it in your mind and feeding off of it.  For me it turned out to be like bathing a cat.  As soon as it hit the water the cat was out of the tub scratching the hell out of me.  Nice concept though…

The last 4km downhill is a great payoff after the climb.  You can see the open road and turn toward the finish through the farm fields.  A volunteer on a bike told me “downhill from here” but I have been lied to before.  As a corner volunteer it may seem downhill but 1% burns at this point of the race but this guy was telling the truth.

Somewhere in the last 4km I caught up to “Superman”.  His tight shirt and youth had begun to fail him.  During brief flashes of sunlight during the run I caught a look at my running shadow and now I could only imagine what it felt like to see me blow past him in all my sweaty gut-and-glory.

Around 19km I looked at my watch and I was sitting at around 1:58 or so and knew if I could hold out and put down two more 6 min kms I could hit my target of 2:10.  It’s really running a knife’s edge at this point as pushing too hard you can blow up completely and projectile vomiting at the finish is not fair to the volunteers or spectators.

I crossed the line with a chip-time of 2:09.30.  Very happy with the result and happy with how I ran the race.

Halfway through the race I had all but decided to ditch my goal of running the 30km Around The Bay as my spring goal race.  After crossing the finish line and pounding water and a green banana … I think I can do it and pricing goes up November 4th … 2 clicks away was registering …
Posted by Alcona Gnome at 2:44 PM No comments: 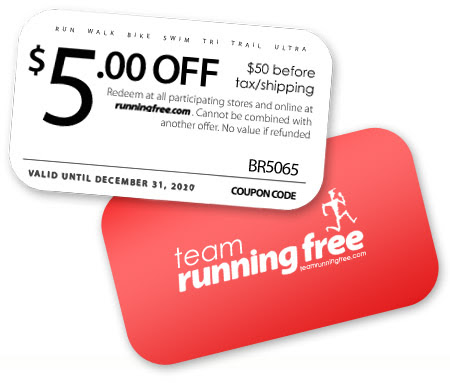