Okay .... I haven't cut my lawn in what will now be almost 2 weeks.  I know!  Its wrong!  I injured my toe on Monday and haven't been running or exerting myself so ya, there's my excuse for now.

In meantime neighbors, please enjoy these wonderful flowers that have popped up! 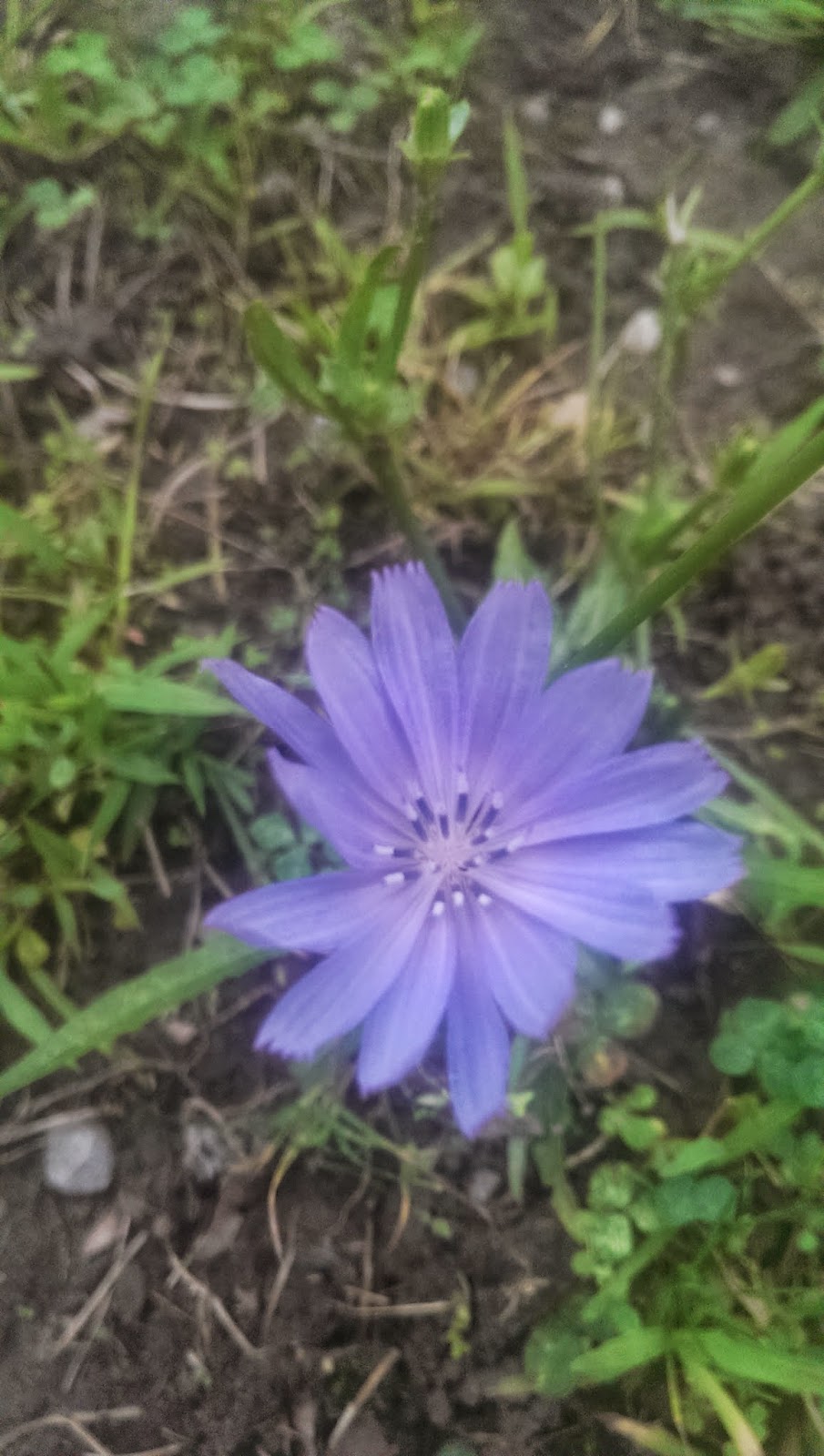 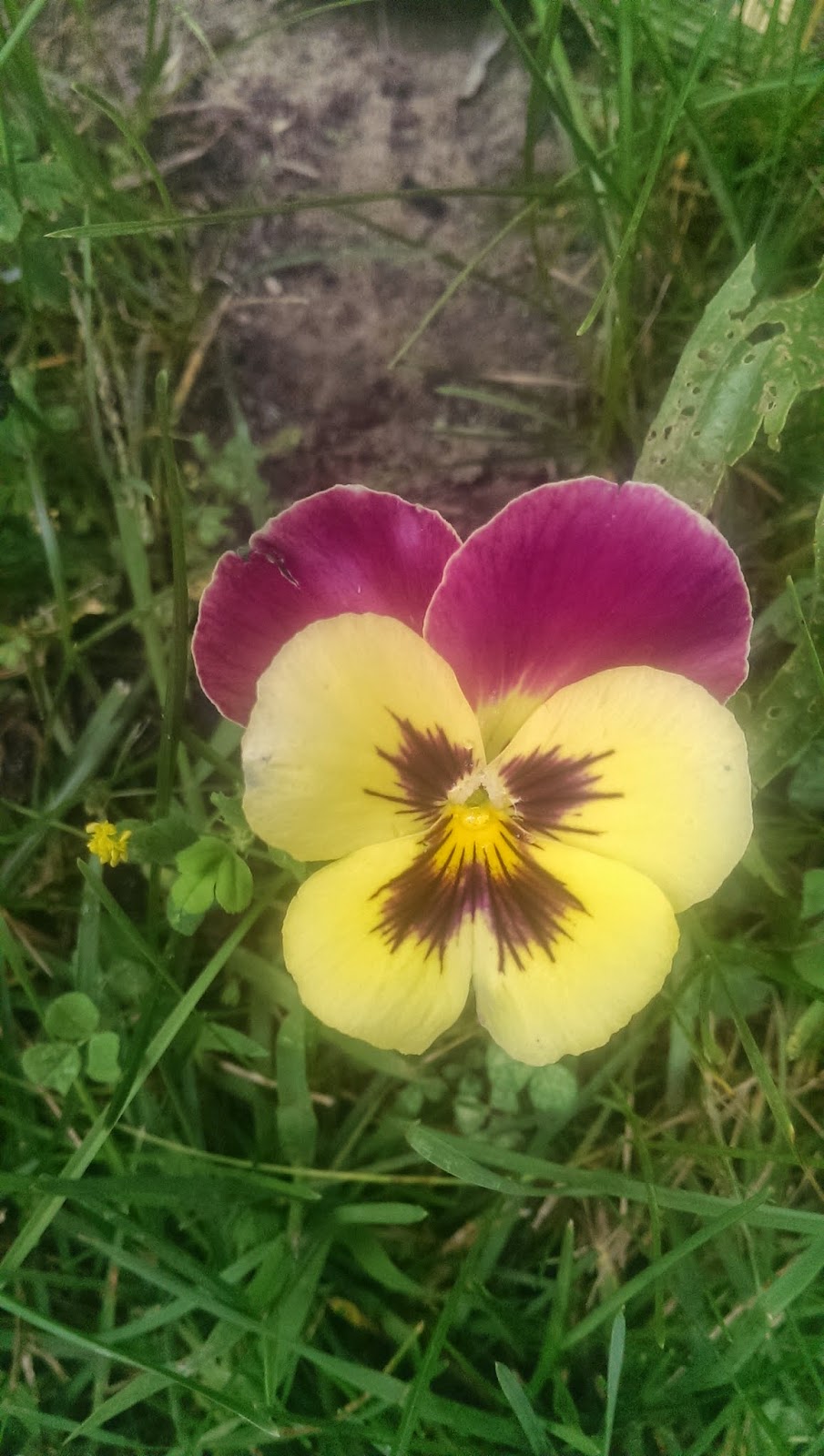 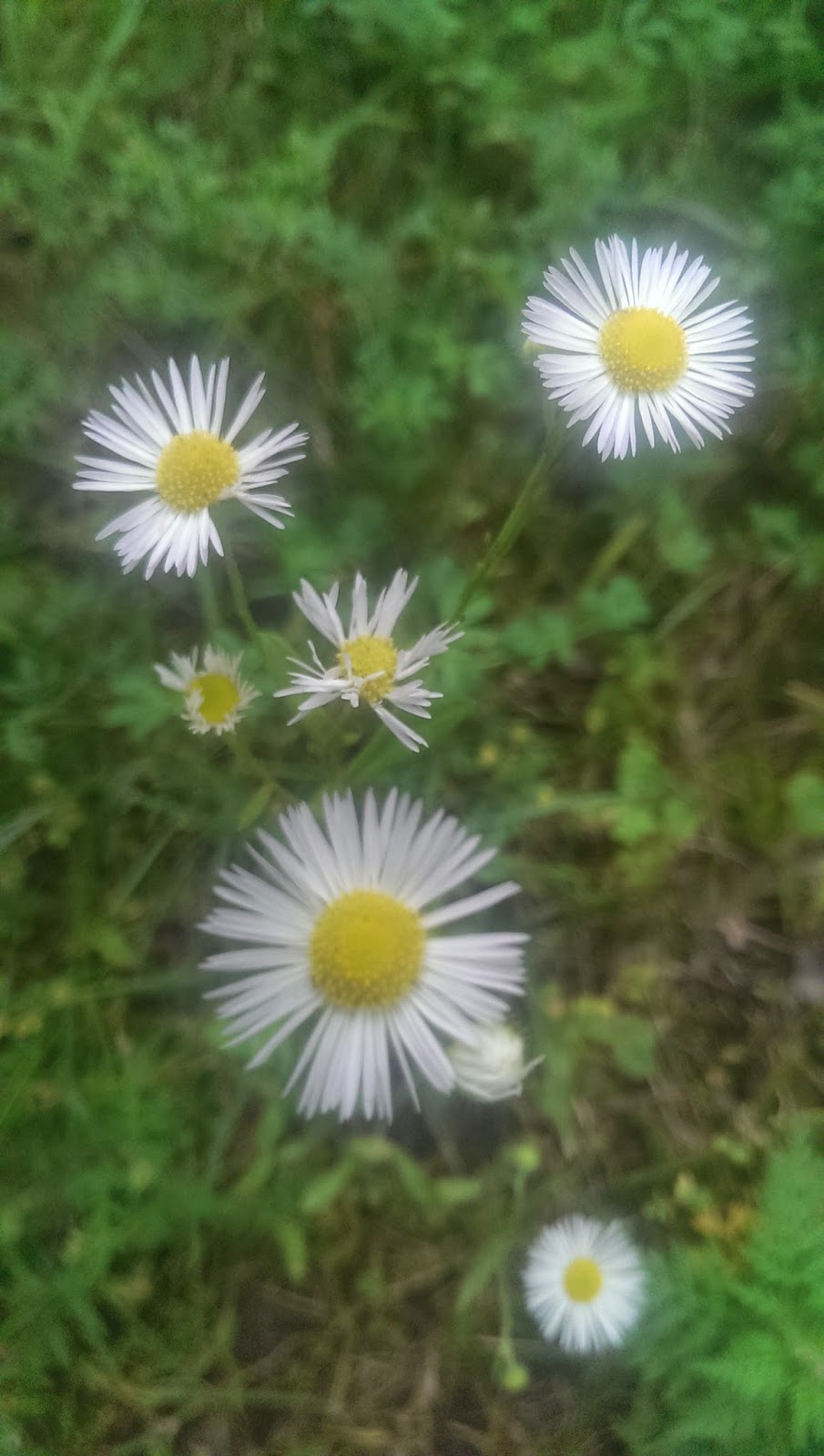 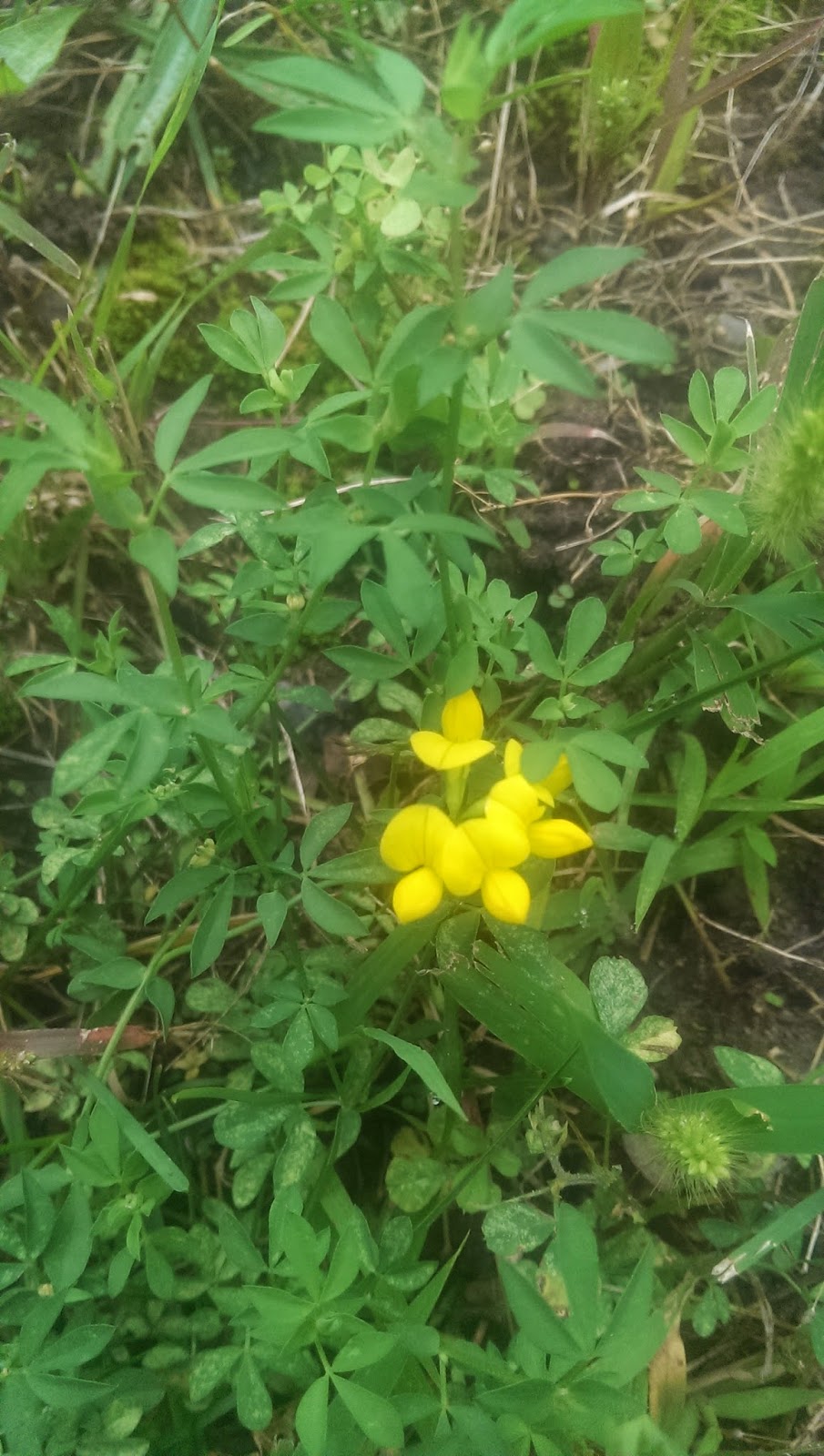 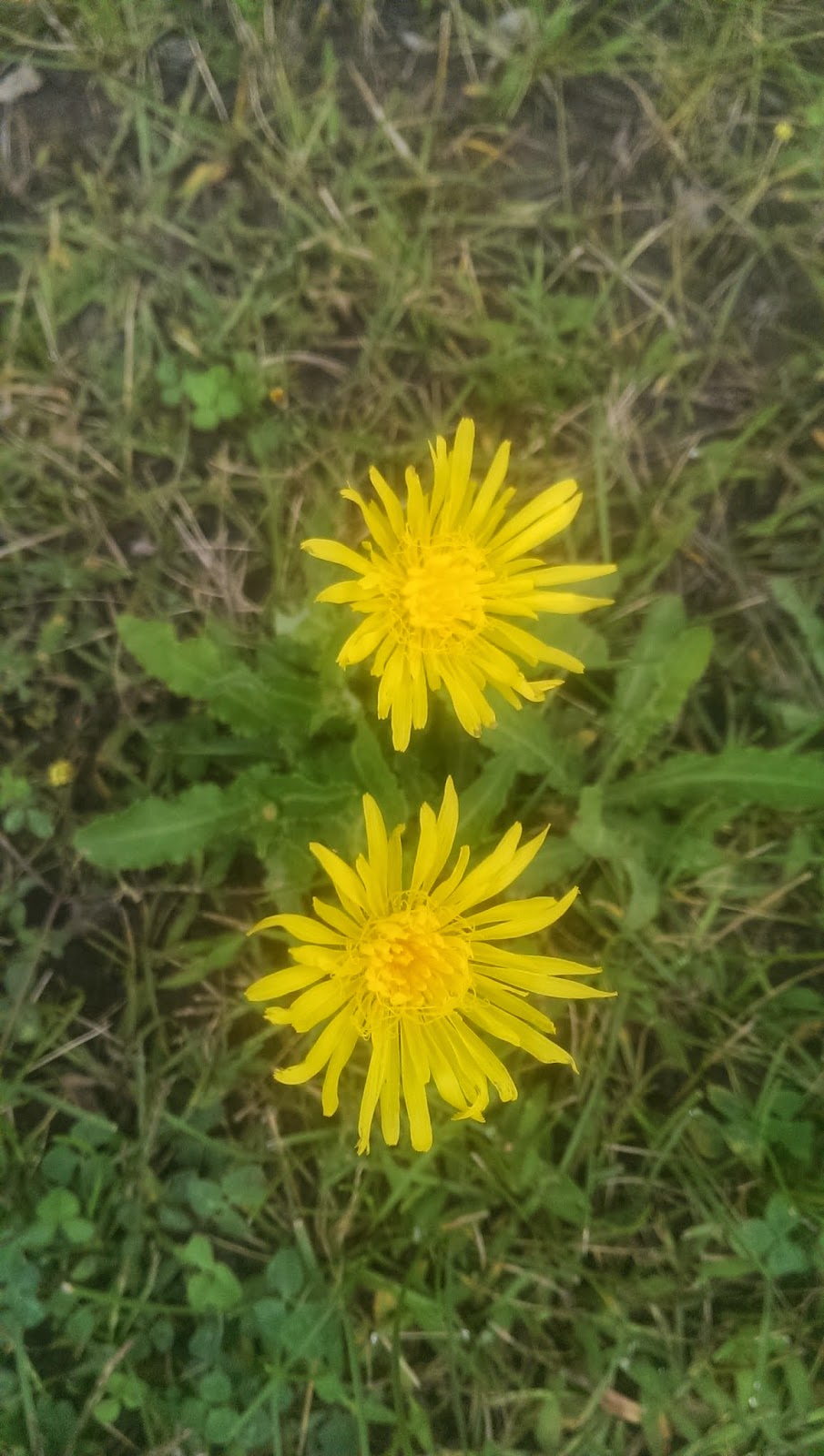 So ya, the whole lemonade analogy!
Posted by Alcona Gnome at 1:27 PM No comments:

The Country Beer Mile is a wonderful event held by friends Dave and Sandy.  Here is my enormously biased review.

What is a beer mile?

The track used for this event is located East of Zephyr and North of some other place you never heard of.  Folklore true and made up is that a group of Estonians left Europe after WWII or some other unpleasant event and bought up more land than they seemingly knew what to do with.   At some point in history it lead to an enclave of homes and a very well used youth camp.  The homes are still there ... but 'well used' is not the way to describe the track.

The track was meticulously prepared by Dave who only had to pull weeds totaling 1.5 yard bags full this year leaving a path wide enough for a bit of passing before getting tangled in 3 foot high foot-grabbing brush.

The weather was sunny, the track was hot but the beer was kinda cold.

The overall winner from last year was called away for some urgent hair styling this year meaning the championship was wide open.  Rookies Mike H, Jack, Trevor and Leslie were eager to take part with grizzled veterans Dave, Mike W and yours truly. 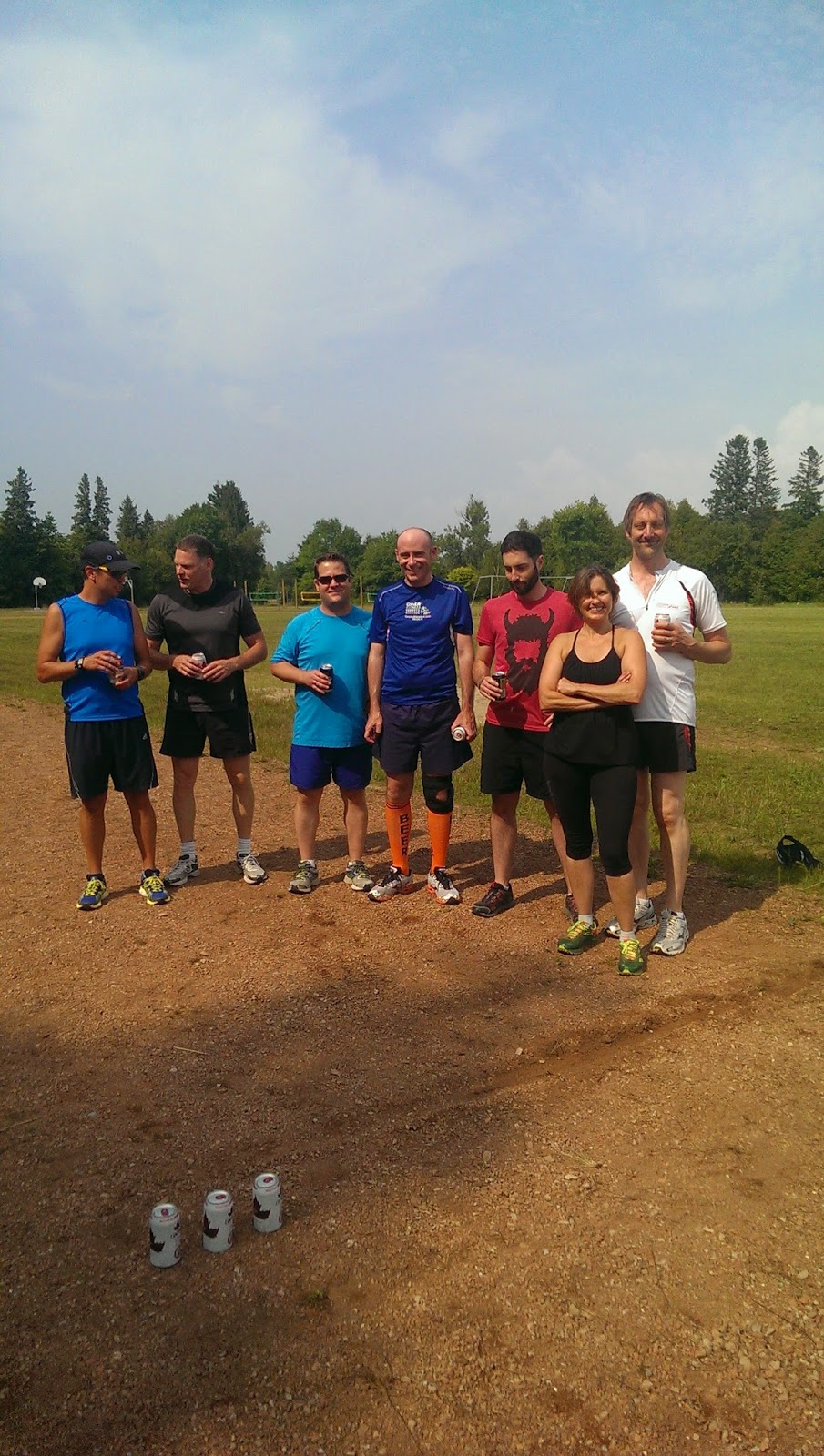 The Race (from my lens)

The starting instruction was given and the sound of 6 simultaneously cracked cans of 5% deliciousness echoed through the forest like the distant memories of the once great Estonian footraces from yesteryear.

Lap 1 - Dave and myself left the drinking area onto the course with Dave departing first and spreading his lead as the meters added up.  Dave's running style is hard to describe nor understand but its seemingly effective.  I knew I wouldn't keep with him for long.  I tried to hold the gap if I could and was hoping whatever was holding up the other jabronis behind me would keep holding them up.  Heading into the second transition/beer Dave took quick advantage of his lead and promptly knocked back his #2 and headed onto the course.

Lap 2 - I left for the second loop thinking I was a little too gassy.  I felt good on the legs but my stomach was saying "hey, when you drink beer like this you should sit on the couch or perhaps a hammock but not run as fast you can".  At some point I was passed by Trevor and the Mikes on the back stretch.  I remember hearing my breathing and footsteps 'huff puff, huff puff, belch, huff puff, foot steps, huff puff, some stupid comment from them, huff puff, belch ..."  There was plenty of encouragement from the spectators at transition but beer #3 was no longer fun and the dazzle of this event had faded.  This is a person battle ... a painful one.

Lap 3 - Going out on third lap frankly is where the confusion started.  I am not really certain I can separate my memories from this and the second lap.  I remember thinking 'gee pounding 3 beers and running down this backstretch in the burning sun while belching gas and sweating like crazy could only feel better knowing I get to do this all over again in another lap!"

Lap 4 - I don't get demoralized at running events.  I know it's a personal race and I will never be competitive overall.  But what is demoralizing is trying to choke back a fizzy warm beer while you are hyperventilating unsure exactly how or why you got into this mess and receiving encouraging words from the winner WHO WAS DONE and hearing the other competitors arriving into the finish line.  I departed for Lap 4 knowing that Jack was still behind me.  He had some pre-race chatting about running full marathons and what-have-you and seemed to be a runner so I figured I had to hope he puked or took way too long to finish #4 or he would catch me on the track.  As I rounded the first turn I felt as though I may have accidentally swallowed a basketball at some point judging from pressure in my stomach.  By the second turn I knew I was in a bit of trouble.  A belch let me know that all the beer and foam was literally and figuratively very close to making an exit.  I slowed my pace to the cat calls and taunts from the opposite front-stretch.  However, years of being in this exact situation allowed me to control myself and get under control.  Jack passed me going into turn 3 but with every step on the track I felt stronger.  Knowing he could likely out kick me I tried to hold the gap and surprise him in the last 30 meters.  He heard the steps and likely being afraid I could run him over he quickened the pace to beat me by 3 seconds.

I was still smiling ... but unable to stand upright for about a minute. 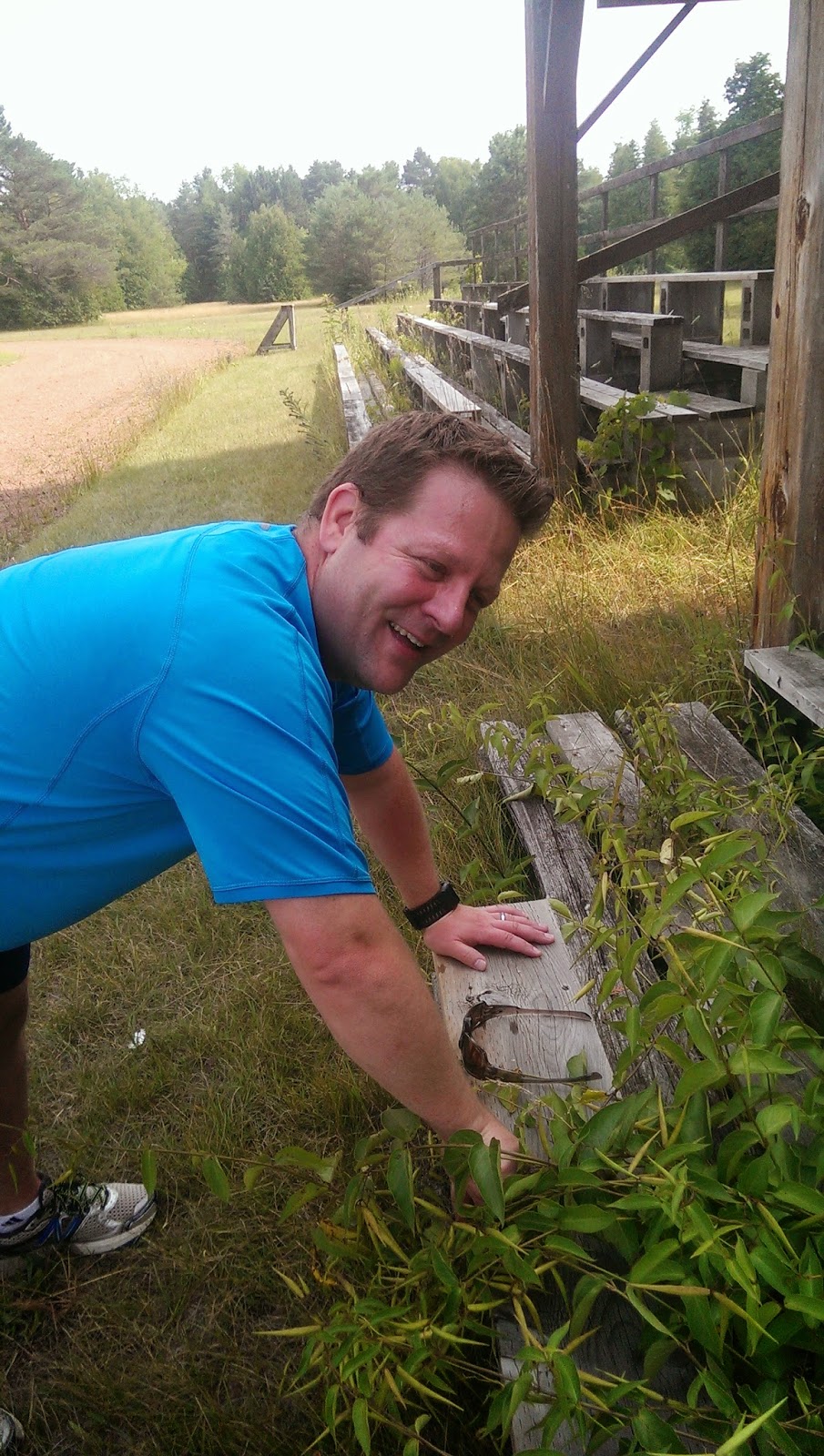 Somehow year over year at this event I managed to get slower.  I finished in 13:50.  I know I am running faster so clearly I need to work on my power drinking over the next year if I am to be taken serious.

The event concluded with a great BBQ spread by the hosts and the retelling of the day's events.  Once rivals on the beer mile battlefield the warriors retreated for some rest and patting of backs.

You may ask yourself the question 'Why run a beer mile?'

Let me ask you these questions:

Why climb that mountain?
Why paint a beautiful picture?
Why make a child laugh?
Why invent the woopie cushion?

Posted by Alcona Gnome at 3:06 PM No comments: